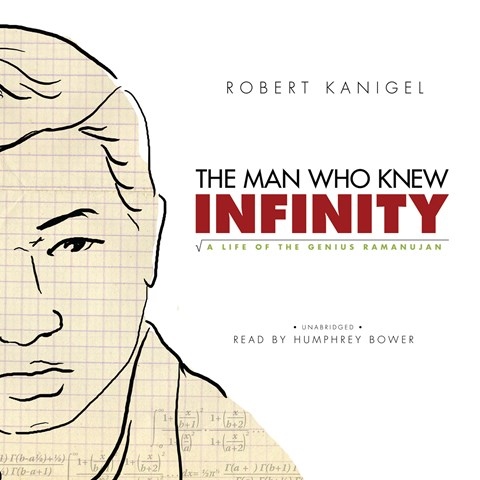 THE MAN WHO KNEW INFINITY A Life of the Genius Ramanujan

Arithmetic equations in an audiobook? In Humphrey Bower’s eloquent reading of this lauded 1991 biography of one of the world’s most brilliant and mystifying mathematicians, spoken numbers manage not to confuse. Admittedly, being able to see them would be nice, but mathematically inclined listeners can write down the equations as Bower reads, and non-math listeners wouldn’t really learn much from seeing the numbers anyway. They can join everyone else in appreciating the story of Indian genius Srinivasa Ramanujan. Bower reads with interest and command. He paces the math discussions to interest all listeners, and his command of British and Indian intonations adds color to the dialogue and quotations. Introduced with atmospheric music, this is a classy production. A.C.S. Winner of AudioFile Earphones Award © AudioFile 2008, Portland, Maine [Published: APR/ MAY 08]