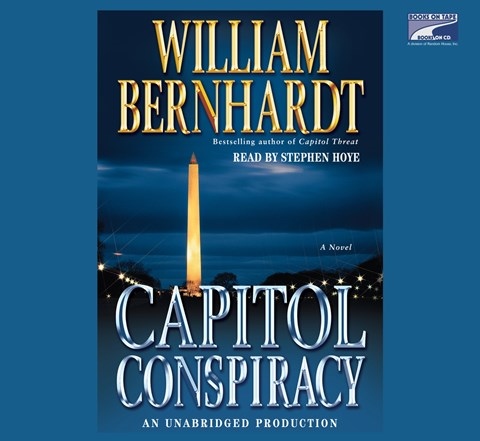 William Bernhardt’s novel highlights the dangers that result when elected officials and the public rush to judgment in the name of national security. While the story—in which the first lady, director of Homeland Security, and other elected officials are murdered, presumably by terrorists—stretches credibility, it is thoroughly entertaining. Narrator Stephen Hoye’s performance is perfect. No matter what the situation, Hoye rises to the occasion, delivering one memorable scene after another. Among the highlights is when Senator Ben Kincaid’s wife, Christina, is confronted with allegedly incriminating photos of her husband and turns the tables on the federal agents trying to “persuade” her to support a Constitutional amendment that would cripple the Bill of Rights. The scene, like the book itself, is pure pleasure. D.J.S. Winner of AudioFile Earphones Award © AudioFile 2008, Portland, Maine [Published: JUN/ JUL 08]