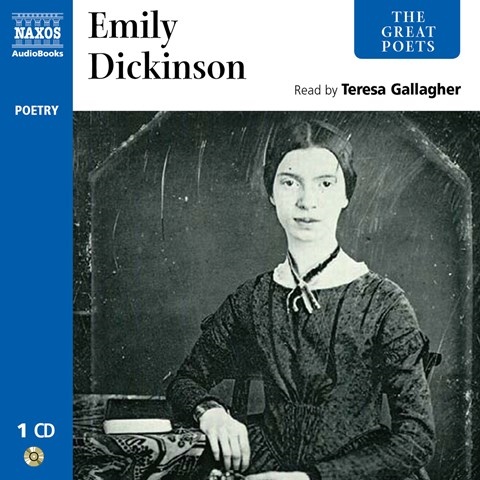 Teresa Gallagher has an agile voice and the delicate articulation necessary for interpreting the finely crafted poems of Emily Dickinson. Gallagher performs the poems with a simplicity and clarity that allow their beauty to flourish. However, Dickinson did not title her poems, so Gallagher does not have that convention as a way to mark the beginning of each work. Too often, there is not a long enough pause between poems, and without attention to the liner notes the poems can blur into each other. Nonetheless, the 99 poems selected from Dickinson's canon of over one thousand are a choice presentation highlighted by Gallagher's skillful performance. This production is a pleasurable retreat into Dickinson's imaginary world. R.F. © AudioFile 2008, Portland, Maine [Published: JULY 2008]