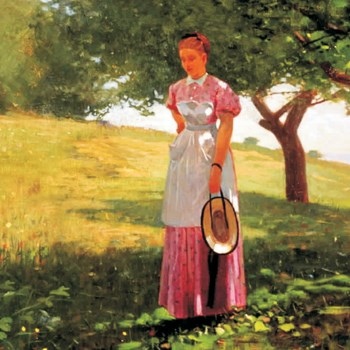 ANNE OF THE ISLAND

[Editor's Note: This is a combined review with BEFORE GREEN GABLES.]--Budge Wilson's prequel, BEFORE GREEN GABLES, which charts the first 11 years of Anne Shirley's life, completes the series by providing the details of Anne's past before she went to live with Marilla and Matthew Cuthbert. Wilson’s writing is just rich and emotive as Montgomery's, and Renée Raudman portrays a young Anne who believably grows in words and heart. In ANNE OF THE ISLAND, which takes place after GREEN GABLES, Anne is growing up. Appropriately, her voice has matured as much as her manner and viewpoint. She’s composed, yet Raudman gives us nuances that remind of us her innocence and past conflicts. Also consistent are Raudman's excellent portrayals of the memorable minor characters from both books—from the alcoholic Mr. Thomas in the first book to the impulsive orphan, Davy, adopted by Marilla in the later story. S.W. © AudioFile 2008, Portland, Maine [Published: NOVEMBER 2008]