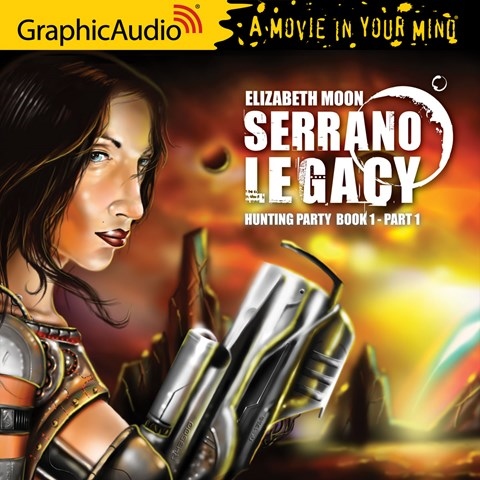 by Elizabeth Moon | Read by a Full Cast

Heris Serrano, the daughter of military officers, leaves the service to take command of a large yacht owned by a wealthy woman. A full cast portrays the story’s characters, but most of the time the narrator is speaking, and she excels at sounding military and precise. The story is a bit predictable as it dramatizes the growing friendship of Serrano and her wealthy new boss, with all of the problems and joys that entails. The lively dialogue between these two strong female characters is particularly well done. Sound effects are used throughout the production, but they don't overwhelm. S.D.D. © AudioFile 2008, Portland, Maine [Published: NOVEMBER 2008]