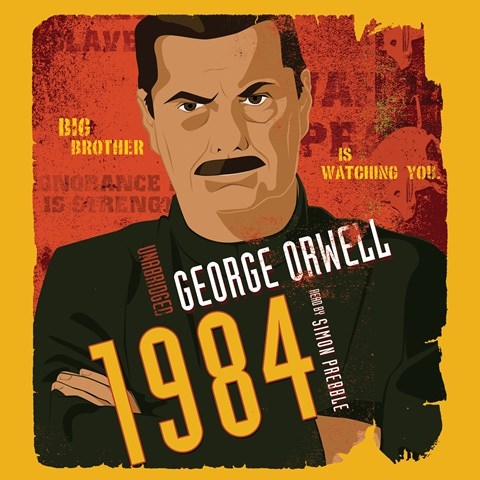 Doublethink, thought police, constant surveillance, never-ending war. Although this classic dystopian novel was written in 1949, Orwell’s lean prose, finely honed political discourse, and penetrating images seem as fresh, as menacing, and as disturbingly prophetic as ever. With British equanimity, Simon Prebble accentuates every shade of gray in post-Blitzed-London. As Orwell depicts the totalitarian world led by Big Brother, Prebble is especially effective at subtly changing pace and giving weight to each character’s most telling moments—Winston Smith’s memories of childhood, Julia’s use of sex as a political act, and the interrogator, O’Brien’s, calm satisfaction at breaking Winston. Offering only two crushing choices, to betray or be betrayed, 1984 remains one of the most powerful and influential masterworks of twentieth-century literature. B.P. 2008 Audies Finalist, NEA Big Read Selection © AudioFile 2008, Portland, Maine [Published: JUN/ JUL 08]