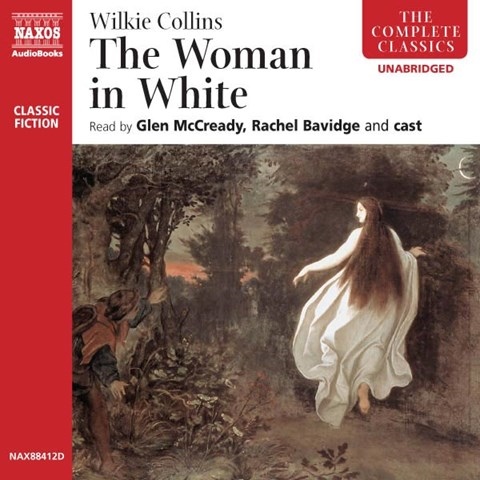 Wilkie Collins's intricate nineteenth-century mystery offers a tantalizing script for audio. What appears to be a standard marriage arrangement entangles an unfortunate aristocratic woman in a web of deceit. The story is arranged as a series of eyewitness accounts, and several British actors portray the diverse cast of characters. Only one person narrates at a time, and each introduction of a new narrator elicits more details of the villainous conspiracy and the role of the haunting woman in white. Glen McCready gives an especially compelling reading as the heroic Walter Hartright; he adds intensity to his segments through his colorful vocal characterizations and energetic delivery. Combining a convincing cast, gripping dialogue, and a fast-paced plot, this audiobook delivers a captivating experience from start to finish. T.D.M. © AudioFile 2008, Portland, Maine [Published: AUGUST 2008]