HomeÂ»ReviewsÂ»JUST WHO WILL YOU BE? 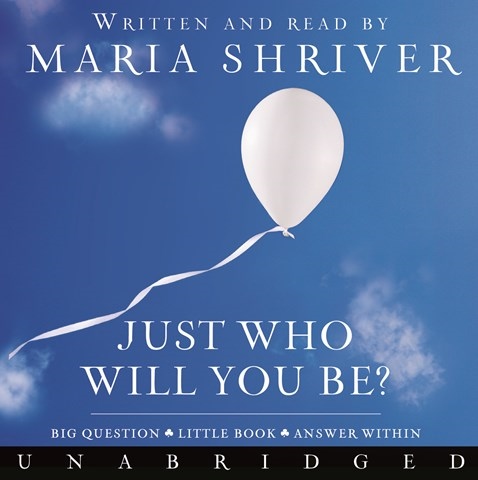 JUST WHO WILL YOU BE?

Asked by her godson to give a graduation speech, Maria Shriver struggled with her various roles. Would they want to hear from her as a Kennedy child? As first lady of California? As a journalist? This query sent her into soul-searching that resulted in a Seussian prose-poem lecture that is the centerpiece of this audio. While the rhythms are off at points, she speaks about the most important aspect of life being, not fame, or money, but the way one grows in heart and character. It's not until afterwards that she realizes that she herself—a "people-pleasing, legacy-carrying, perfection-seeking good girl"—might have been the person who most needed to hear her own message. Shriver’s narration is heartfelt and courageous in its honesty. S.W. 2009 Audies Finalist © AudioFile 2008, Portland, Maine [Published: JULY 2008]