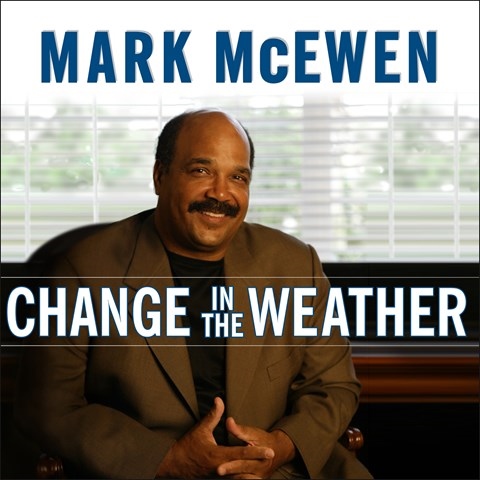 CHANGE IN THE WEATHER Life After Stroke

Along with his thoughtful phrasing and appealing vocal resonance, Richard Allen adds a friendly gravitas to this inspiring memoir by genuine nice guy Mark McEwenâ€”the career broadcaster and former CBS weatherman who had a major stroke in 2005. The narrative alternates between McEwen's grueling rehabilitation and his life in an exciting business before the stroke. Though his optimism and humor helped his rehab efforts, he gives most of the credit to outside influences. For McEwen, it was all about family, friends, purpose, and allowing himself to be touched and energized by the dozens of therapists who worked with him. Lucidly written, this is a textured glimpse of the determination one must find when challenged to pick oneself up and redefine what it means to live well. T.W. Â© AudioFile 2009, Portland, Maine [Published: AUGUST 2009]