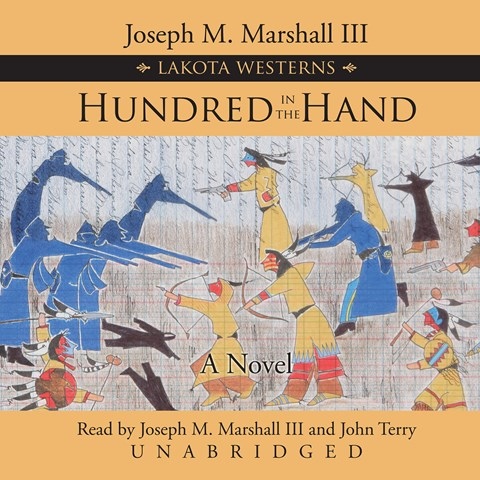 HUNDRED IN THE HAND

Marshall's compelling story recounts the events leading up to an early battle led by Crazy Horse. Starting with an early skirmish that costs a young Lakota his arm, Marshall reads the passages told from the Lakota viewpoint himself. His slow, gentle voice lingers over story details and the thoughts of the Lakota as they watch white settlers take over their land. John Terry reads the passages about the settlers. His voice is more energetic and expressive, but his words won't stick in listeners' minds as long. The two voices combine well to show the story’s shifts in perspective. There's action, but the battles are secondary to the characters and their emotions. J.A.S. Winner of AudioFile Earphones Award © AudioFile 2008, Portland, Maine [Published: OCT/NOV 08]