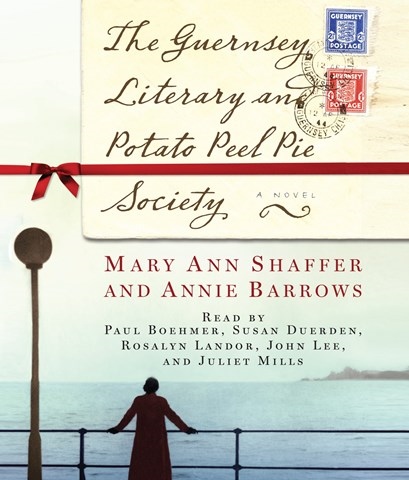 The curious listener will be intrigued with this audiobook, from the origin of its title to the final letter in this epistolary marvel, which is truly perfect on audio. A most unlikely and unexpected book club is established during the German occupation of Guernsey, in the British Channel Islands. Five narrators bring alive the letters exchanged between a young author, Juliet Ashton (Susan Duerden), and her London publisher, as well as her "new" friends from the isle of Guernsey. The unfolding of the story through the different voices is completely charming, joyful, sad, and uplifting. The astute casting and scintillating performances by John Lee, Juliet Mills, and Paul Boehmer bring honed, authentic speech and manners to the characters. A special nod to Rosalyn Landor, who reads the letters of Isola, the herbalist and would-be Miss Marple, and other quirky island characters. Really—every one is a delight. R.F.W. Winner of AudioFile Earphones Award, 2009 Audies Winner © AudioFile 2008, Portland, Maine [Published: AUGUST 2008]