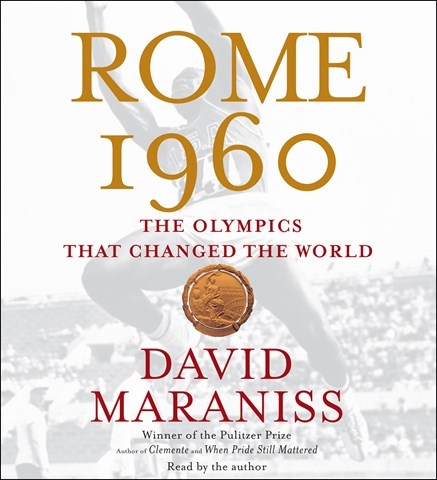 ROME 1960 The Olympics That Changed the World

The Olympics that made Americans Rafer Johnson, Wilma Rudolph, and Cassius Clay--who later became Muhammad Ali--famous also signaled turning points in world history. That's Maraniss's thesis for his look back at the 1960 Rome Games. Reading his book himself, Maraniss holds listeners' attention with small personal details about the athletes, as well as the big picture. He recreates the 1960 Olympics skillfully, as well as chronicling the changes in athletics, politics, and culture--from the Civil Rights Movement to the advent of television coverage to Cold War tensions to the independence of black Africa. Maraniss's examination of one pivotal Olympiad and the world that watched it shows the importance of the world's largest sporting event. J.A.S. © AudioFile 2008, Portland, Maine [Published: SEPTEMBER 2008]