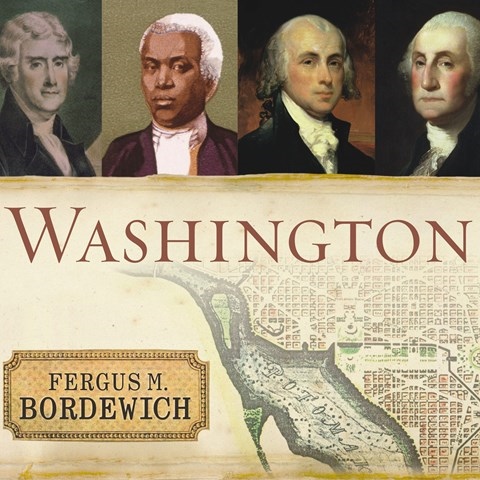 WASHINGTON The Making of the American Capital

Bordewich's history of the making of the U.S. capital—from conception to completion—deals extensively with the racial realities of post-Revolution America. The city of Washington’s location was chosen to be close to slave states, and its construction was done largely by slaves. Narrator Richard Allen has the "Darth Vader" voice of James Earl Jones, booming and very African-American. Allen faces a daunting vocabulary (“panegyric,” “moiety,” “oleaginous”) that might seem pretentious to many listeners. He handles it with ease in a regional American accent. Adapting a history with so much geography to an audiobook without maps makes the challenging story even more so. J.A.H. © AudioFile 2008, Portland, Maine [Published: NOVEMBER 2008]