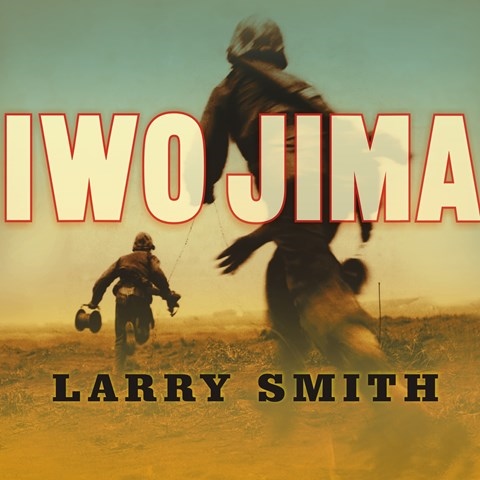 Dick Hill takes listeners back nearly 64 years to February 19, 1945, and the U.S. invasion of Iwo Jima, a tiny volcanic island in the Pacific occupied by the Japanese. Hill is more than up to the challenge of portraying the memories and varying accents of 22 survivors of one of the costliest battles of WWII, a battle that claimed nearly 22,000 Japanese and 7,000 American lives. Enhancing the listening experience even more is Hill's exacting grasp of a Japanese accent. Author Larry Smith does an exceptional job of weaving the personal memories of the heroic veterans and factual nuggets—either previously unreported or unknown—on the battle itself. This audiobook is a must for all WWII aficionados. J.P.D. © AudioFile 2009, Portland, Maine [Published: MARCH 2009]