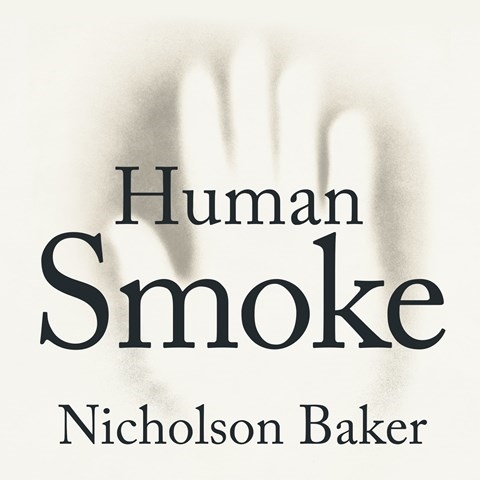 HUMAN SMOKE The Beginnings of World War II, the End of Civilization

At the beginning of this production, with its squibs of historical memorabilia, vignettes, diary entries, speech fragments, and the like, one worries that 14 hours of the same might be too much. But soon the shape of Baker's narrative emerges. Drawing mainly on material from the 1930s and '40s, he gives listeners a fresh look at "the good war" and the Holocaust. We hear comments from sources as diverse as Gandhi, Himmler's masseuse, ghetto occupants, and Roosevelt, who, along with Churchill, doesn't come off too well with respect to the events that took place. Norman Dietz doesn't imitate any of the well-known voices. Instead he lets the momentum build naturally, sometimes horrifyingly, sometimes poignantly, until the impact is stronger than it might even be in print. J.B.G. © AudioFile 2009, Portland, Maine [Published: JANUARY 2009]