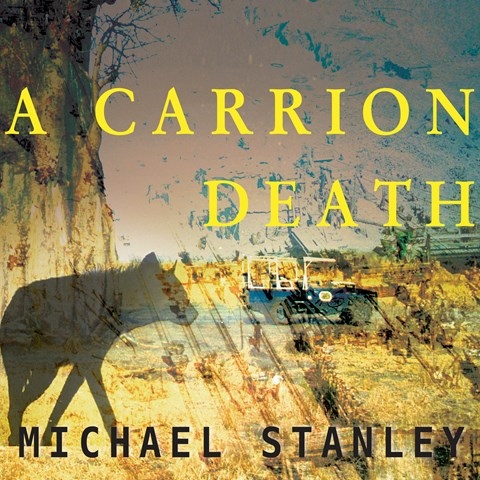 Simon Prebble gives a virtuoso performance in this first installment of what promises to be an entertaining detective series set in Botswana. David "Kubu" Benga, a Botswanan CID detective who sings operatic arias as he drives across the Kalahari, is a sure winner as a character. In this book what starts as a murder multiplies into many murders against a backdrop of greed, diamond mining, blackmail, sex, and class tension. Prebble makes all this sound plausible, as well as highly entertaining. He also sails through dialogue involving upper-crust Brits, Angolan Portuguese, Scots, Afrikaners, and Botswanans. He even does exotic bird calls. Really. The book is longer than need be, but every minute is pure, pleasurable Prebble. R.E.K. Winner of AudioFile Earphones Award © AudioFile 2008, Portland, Maine [Published: OCTOBER 2008]