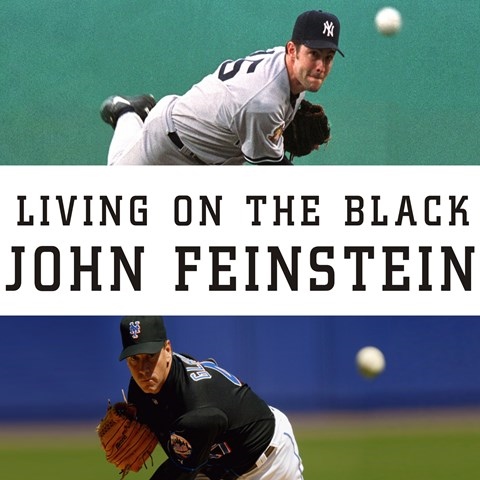 LIVING ON THE BLACK Two Pitchers, Two Teams, One Season to Remember

If you're a baseball fan—a true fan of the game—then you've wondered: What does a pitching coach say on the mound? What exactly do bullpen catchers do? What do pitchers do in the off-season? What do umpires say? John Feinstein winds up, checks his facts, and gives us his best stuff, getting two of the game's best pitchers, Tom Glavine and Mike Mussina, to open up as they go through the 2007 season. As narrator, Mel Foster does a functional job, reading with consistent, clear diction but little flair. He doesn't get in the way of the biographical, technical, and anecdotal accounts—all of which are fascinating to any fan who cares about baseball and those who play it. M.B. © AudioFile 2008, Portland, Maine [Published: OCTOBER 2008]