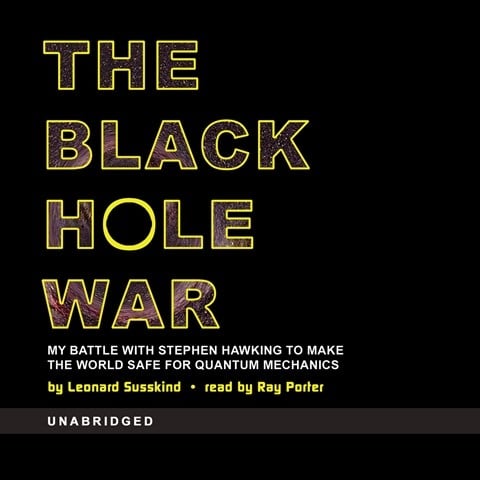 Susskind's book melds memoir, reportage, and cutting-edge science to tell how a disagreement between him and Stephen Hawking, among others, about a seemingly minor topic—the permanent loss of "information" in black holes—revealed a contradiction in theoretical physics that would be resolved only after several breakthroughs. In a remarkably skilled reading, Ray Porter goes beyond Susskind's mostly deft, engaging, and (reasonably) comprehensible writing to add energy and nuance to passages that could have been dry, and to render the sometimes VERY challenging material with admirable clarity. Porter adds proper—even illuminating—emphasis and intonation to passages a layman could hardly be expected to understand, never mind express correctly. This is a resourceful, intelligent reading of a fine book. W.M. Winner of AudioFile Earphones Award © AudioFile 2008, Portland, Maine [Published: NOVEMBER 2008]