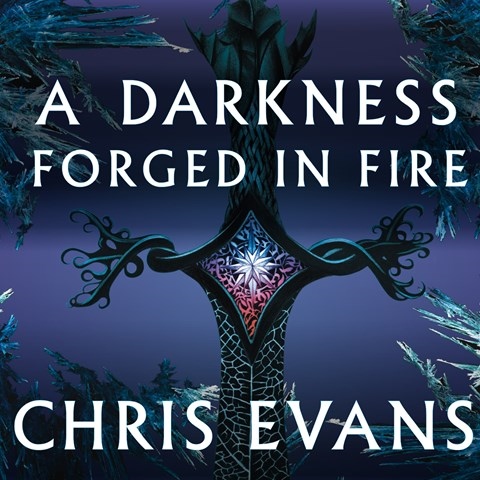 A DARKNESS FORGED IN FIRE The Iron Elves, Book 1

Michael Kramer's deep and ragged voice drives this production and keeps listeners fully entrenched in this first book by Evans. The plot centers on Konowa Swiftdragon, a successful, albeit shunned, former warrior of the Iron Elves of the Calahrian Empire. As he is aimlessly wandering, the empire calls him back for one more mission—one that will have him and his eclectic troupe running up against the dreaded Shadow Monarch. Despite his manly baritone, Kramer can still soften his vocal chords for plausible females and play a range of characters. He selects well-matched voices for those who inhabit this fantasy world and stays consistent with them. L.E. © AudioFile 2009, Portland, Maine [Published: OCTOBER 2009]