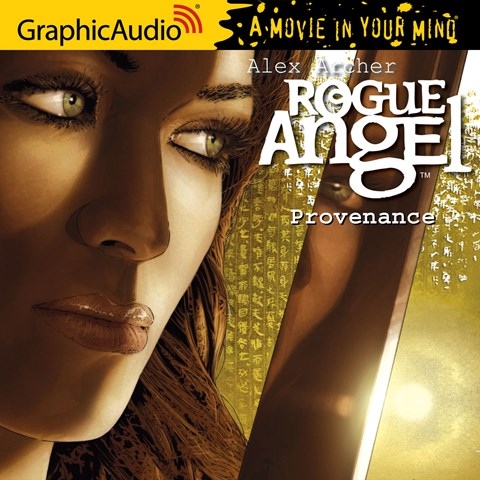 by Alex Archer | Read by Nanette Savard and a Full Cast

PROVENANCE is the latest in the series of a young archaeologist with a magic sword. As with all Graphic Audio’s "movie-in-your-mind" presentations, the production is a full-cast performance with more special effects than can be found in a dozen other audio programs. The different actors help the listener keep the characters straight in this story of the hunt for a mysterious coffin containing a priceless relic. The special effects can be a bit overpowering at times, as when the performer must compete with an airplane engine and loud music. While most of the production maintains a careful balance between the special effects and the voices of Nanette Savard and more than a dozen others, there are a few places where less would have been more. M.S. © AudioFile 2009, Portland, Maine [Published: FEBRUARY 2009]