HomeÂ»ReviewsÂ»THE DOOR OF NO RETURN 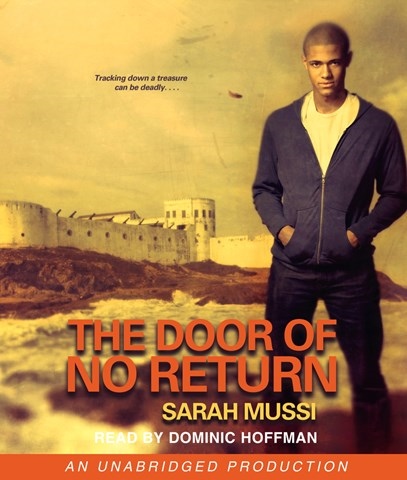 THE DOOR OF NO RETURN

Narrator Dominic Hoffman brings us into the world of 16-year-old Zac Baxter, who is sent to a foster home after his elderly Pops is killed in an attack and everything is stolen from their apartment. The biggest loss is his grandfather's dream of reclaiming gold buried in Ghana by his ancestor, King Batu, in 1701. Zac is stunned, bewildered, and haunted by Pop's wish to recover the treasure. Hoffman keeps suspense taut as Zac faces eerie memories, fights British government officials, and flees to Ghana to discover his royal link and understand the horrors of the early slave trade. Jamaican and British accents and slang make Zac's street life vivid. The story’s earthiness is elevated by pithy words of wisdom from Ghana. S.W. © AudioFile 2008, Portland, Maine [Published: NOVEMBER 2008]