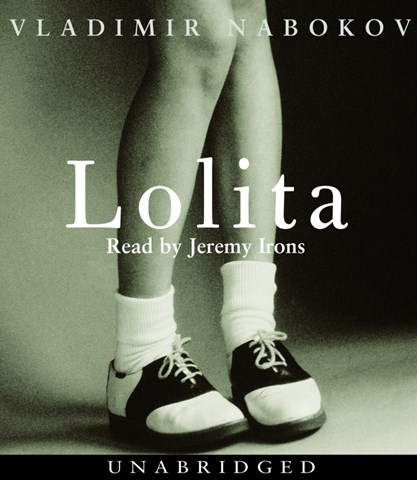 As the controversy over the new film release of Lolita keeps it confined to art theaters in big cities, the audiobook delivers--in wide release--an uncensored and unabridged production of Nabokov’s literary classic. Jeremy Irons, who plays the darkly seductive Humbert Humbert in both the film and the audiobook, commands the text with the grand sense of character and palpable eroticism it requires. It’s not easy to make a protagonist out of a pedophile. The combination of Nabokov’s prose and Irons’s performance carries listeners out of a seat of judgment into Humbert’s pure admiration for and desire to possess that archetypical fire-energy of a young girl. This horrifyingly beautiful story of wild obsession truly comes alive in this audiobook production. R.A.P. Winner of AUDIOFILE Earphones Award ©AudioFile, Portland, Maine [Published: JUN 97]