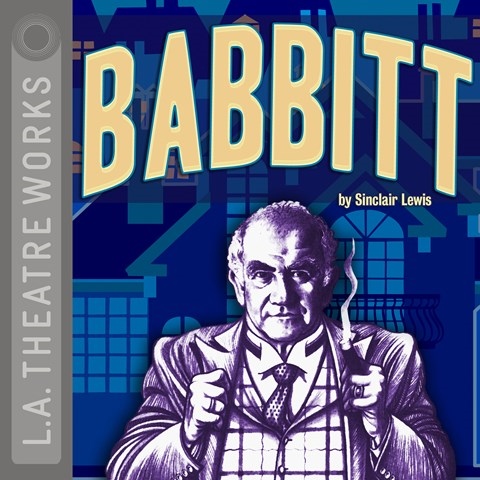 This 1922 satire of the conservative, conformist, striving bourgeois is read with voices for each character by a large roster of narrators. The impressive cast is headed by Ed Asner, a splendid Babbitt as he strikes just the right notes of bluster and pathetic confusion. The spirited narration is varied in its delivery; a passage might have one reader or be traded off line-by-line or even split up within sentences, a technique occasionally obtrusive but more often engaging and lively. What was, it seems, originally a broadcast remains divided into many episodes—the frequent, repetitive beginnings and endings, and some faulty sound editing that leaves jarring silences, detract from the program. Nonetheless, this intelligent, vigorous production brings this classic alive for the contemporary listener. W.M. © AudioFile 2009, Portland, Maine [Published: APRIL 2009]