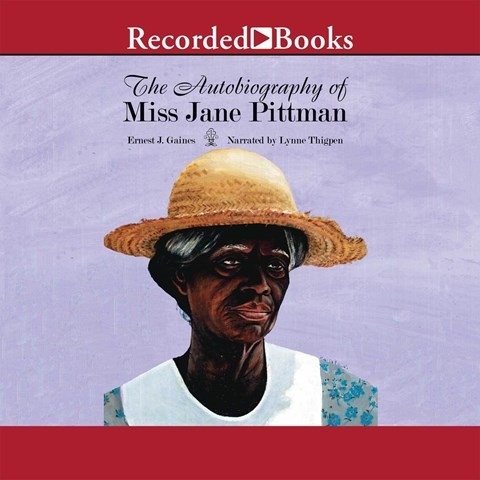 Using the convention of a history professor who transcribes months of interviews into a coherent and episodic oral history, Gaines creates the fictional autobiography of an indomitable African-American woman who lives through slavery, emancipation, reconstruction, segregation and the beginning of the modern Civil Rights Movement. More than a history lesson and an exciting story, this novel reflects the courage of all oppressed people to push on through to their own particular "Ohio." With her sincere, expressive voice, Lynn Thigpen raises the impact of a book that was written to be heard. Conversational in tone, her narration celebrates the inventive and musical African-American dialect, which has become such a part of our American sound. Perfectly paced for its inherent storytelling quality, Thigpen's interpretation does admirable justice to an American classic. P.W. Winner of AUDIOFILE Earphones Award ©AudioFile, Portland, Maine [Published: JAN 95]