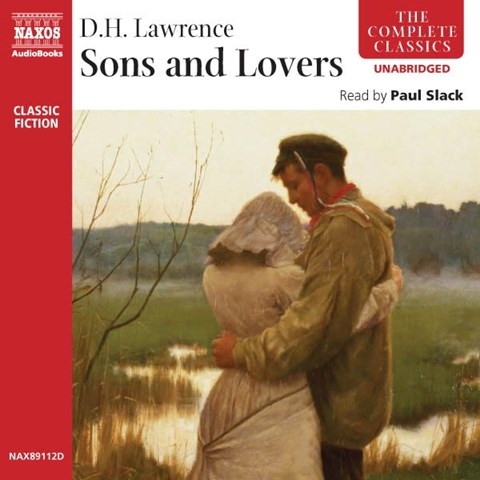 SONS AND LOVERS, published in 1913, was Lawrence's first great novel, and its richly drawn characters are magnificently brought to life in this production. Though this is his first audiobook, narrator Paul Slack reads with flawless composure, subtly adjusting his resonant voice for each member of the Morel family and their circle. He is suitably gruff as a coal miner yet movingly tender as he relates the final hours of Gertrude Morel, a scene based on the death of Lawrence's own mother. He's also convincing in his handling of the East Midlands dialect the author slips into the dialogue. A simply outstanding performance by Slack; one hopes it is the start of a long career as a narrator. D.B. Winner of AudioFile Earphones Award © AudioFile 2009, Portland, Maine [Published: FEBRUARY 2009]