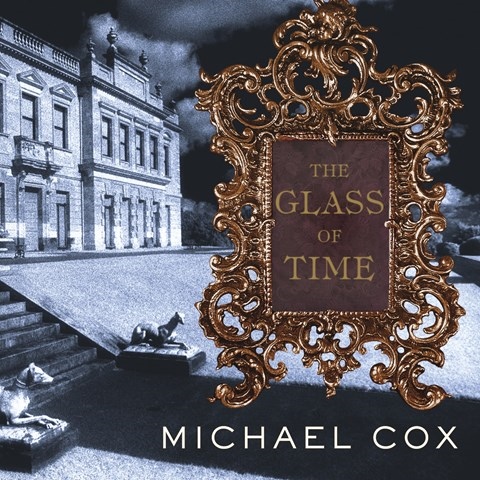 THE GLASS OF TIME

In the sequel to THE MEANING OF NIGHT, Josephine Bailey's extraordinary range of voices transforms Michael Cox's characters into flesh-and-blood people with dark secrets and mysterious connections going back twenty years. Esperanza Gorst, young, well tutored, and cultured, is sent to Evenwood, a great country house, as lady's maid to Baroness Tansor. Esperanza is on a mission she wholly accepts but doesn't fully understand. Bailey's voicing can be seductive or matter-of-fact, ingenuous or knowing, gravelly or mellifluous. Her outstanding performance makes 19-year-old Esperanza a charming, if occasionally air-headed, vixen; turns the Baroness into a wily, if sometimes pathetic, adversary; and gives Perseus and Randolph, the Baroness's two sons, markedly distinct personalities. To fully enjoy this engaging nineteenth-century romantic mystery, first listen to the earlier novel. S.J.H. Winner of AudioFile Earphones Award © AudioFile 2008, Portland, Maine [Published: DECEMBER 2008]