HomeÂ»ReviewsÂ»THE WAR FOR ALL THE OCEANS 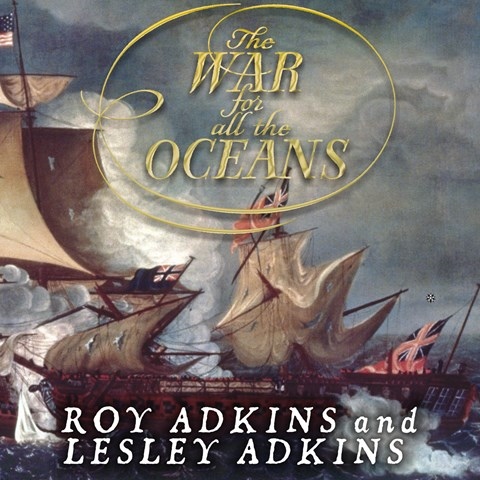 The title's "War" refers to Napoleon Bonaparte's attempt to conquer the world at the turn of the eighteenth century into the nineteenth. British control of the seas continually vexed the clever Corsican's strategy until he ceded victory in 1812. The authors take us to sea with the brave sailors on all sides, nearly overwhelming us with nonstop action and military maneuvers at every word. Narrator Patrick Lawlor shows all the excitement one could look for in naval warfare, telling of fire ships used as weapons, heads removed by cannon balls, and vessels grinding to bits on hidden rocks while under fire. Lawlor gives an accent to everyone who speaks, including a rustic Scots one for Admiral Thomas Cochrane, and gives Bonaparte the tone and timbre of a gruff old man. J.A.H. © AudioFile 2008, Portland, Maine [Published: DECEMBER 2008]