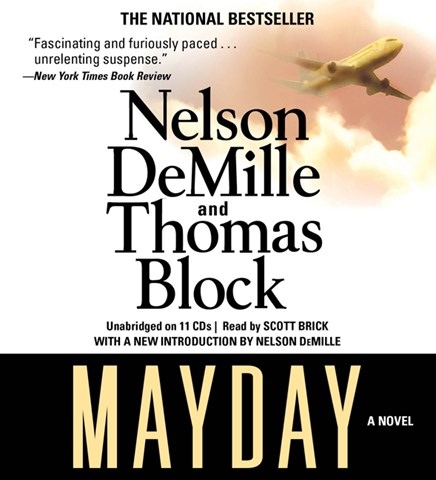 An unusual twist is added to the "airplane in peril" plot. A high-altitude supersonic jumbo jet has been hit by a drone missile; oxygen deprivation kills some but leaves most passengers brain-damaged zombies. Five passengers and flight attendants escape injury and must land the plane. The authors defeat predictability by mixing in the military and the airline company: Both want this embarrassing problem to vanish without a trace. David Dukes establishes individual vocal personalities, bringing to the narration the fear and tension of those fighting to save the plane, as well as those desperate to destroy it. Especially chilling is his expression of the unintelligible grunts and moans of the injured passengers who are milling through the plane, terrified. Expect a knotted stomach throughout this thriller. M.A.M. © AudioFile, Portland, Maine [Published: FEB/MAR 00]