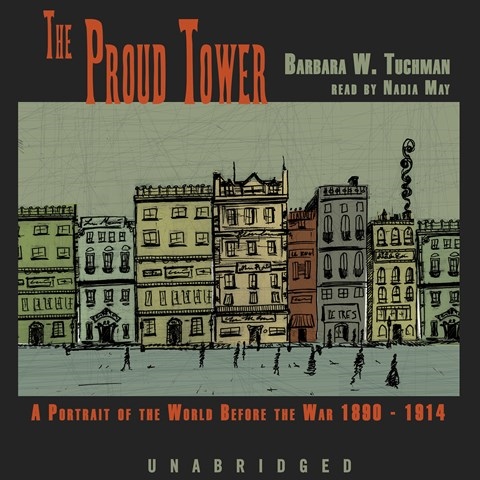 by Barbara W. Tuchman | Read by Nadia May

Blackstone's inspired pairing of narrator Nadia May with the work of Barbara Tuchman introduces a new generation to the pleasures of one of the twentieth century's most popular and esteemed historians. This panorama of the world pre-WWI calls upon May to display her considerable powers of stamina and mimicry. She skillfully conveys Tuchman's detachment and sense of perspective, her wit and command of language, and her gift for the telling and defining detail. May also demonstrates the power of the audiobook to bring to life the essential character of a text, as well as its underlying structure and continuity. Written for a general audience, this outstanding title is highly recommended, both on its own and as a prelude to Tuchman's masterpiece, THE GUNS OF AUGUST. D.A.W. Winner of AudioFile Earphones Award © AudioFile 2008, Portland, Maine [Published: OCTOBER 2008]