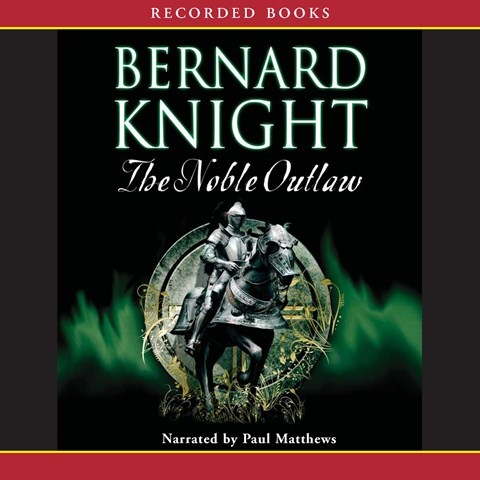 Lovers of historical mysteries will enjoy Paul Matthews's sonorous rendition of Bernard Knight's series about a twelfth-century English coroner. In this installment, Crowner John must solve the gruesome murders of several well-respected craftsmen while also coping with a Crusader who has been forced from his home (the "noble outlaw" of the title). As always, accurate historical detail is one of the book's fascinations—for example, the town of Oxford smelled better in the winter because the garbage that flowed in a gully down the middle of every major street was frozen solid. Knight's writing can be sloppy in this eleventh installment, such as using the same adjective twice in one sentence, but Matthews' easy-listening voice and thoughtful characterizations keep us focused on the book's many pleasures. A.C.S. © AudioFile 2009, Portland, Maine [Published: MARCH 2009]