Home»Reviews»IN SEARCH OF OUR ROOTS 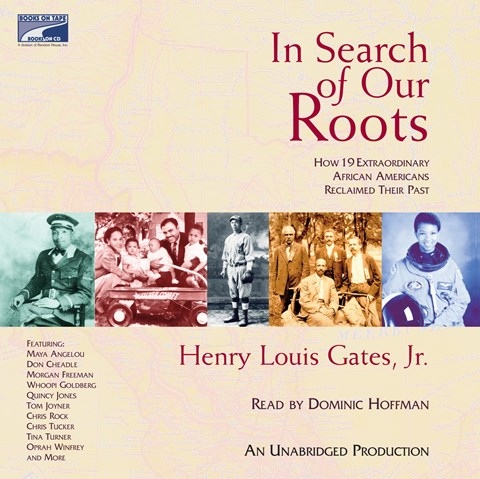 Narrator Dominic Hoffman doubles the enjoyment one might feel from the printed version of this book. His articulate, soft voice with sibilant s’s could credibly be the author telling of his extensive research into the genealogies of the 19 African-Americans he chose as subjects. Most are celebrities—Maya Angelou, Morgan Freeman, Oprah Winfrey—but the research methods, such as DNA analysis, used to uncover the depersonalization of slavery could apply to every person of African descent in America. Hoffman employs both subtle and vivid characterizations for the many individuals whose words he expresses. He can pronounce the names of the ancient and modern regions of Africa like a native speaker. Hoffman's style seems so natural that listeners may never be aware of his polished technique. J.A.H. Winner of AudioFile Earphones Award © AudioFile 2009, Portland, Maine [Published: MARCH 2009]