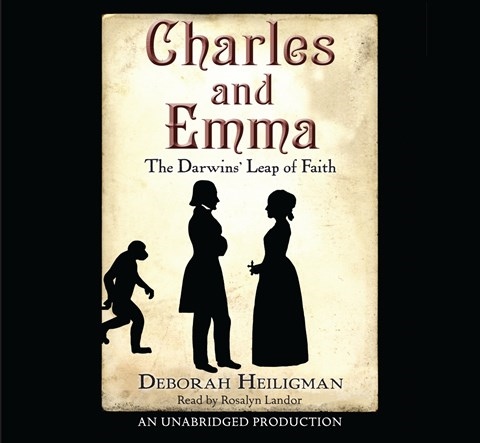 CHARLES AND EMMA The Darwins' Leap of Faith

Deborah Heiligman focuses on the marriage of Charles and Emma Darwin, showing us a man wrestling to reconcile the concept of faith in the literal Word of God with his scientific observations of ongoing changes in the natural world. His marriage to the religious Emma Wedgwood developed into a template for the coexistence of religion and science. Rosalyn Landor narrates the account with a straightforward delivery. However, the various people she quotes often come across as rather pompous. Her delivery of lines from Jane Austen—intended, presumably, to place the Darwins in the same society as Austen—seems as pretentious as her world. Marketed as a young adult book, this title may miss its audience. More's the pity, as Heiligman has done an admirable job of humanizing the eminent Darwin. N.E.M. © AudioFile 2009, Portland, Maine [Published: JULY 2009]