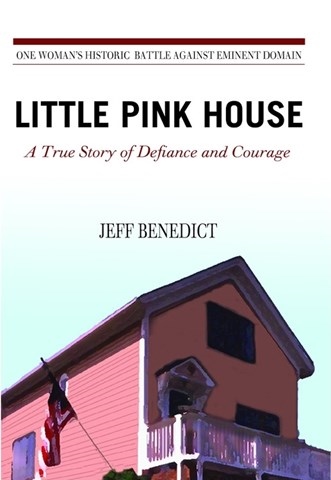 In this absorbing audiobook, Maggi-Meg Reed expertly brings alive the many characters involved in Kelo v. City of New London—a case that went to the Supreme Court, expanding the definition of eminent domain in ways that shocked the nation. Reed highlights all the drama in Benedict's meticulous research and astute characterizations of those involved. Listeners will hear the voices and perspectives of the angry activists, determined city council members, and anguished homeowners involved in the unfolding story. Reed's crowning accomplishment is her portrayal of Suzette Kelo. Her insights into this unlikely heroine who attempted to defy New London and keep her little pink house make this audiobook particularly compelling. J.C.G. © AudioFile 2009, Portland, Maine [Published: MARCH 2009]