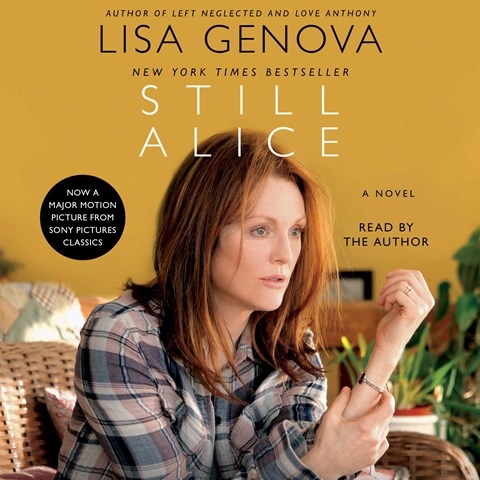 In Lisa Genova's novel, a professor of cognitive psychology at Harvard is at the height of her career when she begins to have moments of disorientation. The obvious explanation that she is suffering from symptoms of menopause doesn't satisfy Alice as both her condition and a sense of foreboding increase until she is diagnosed with early-onset Alzheimer's. The author reads her intense account of the rapid progression of the disease. She does not have the same level of skill as a narrator that she does as a writer. Nonetheless, she communicates the growing sense of detachment and confusion that Alice feels and brings the listener into the realm of Alice's narrowing existence. J.E.M. © AudioFile 2009, Portland, Maine [Published: APRIL 2009]