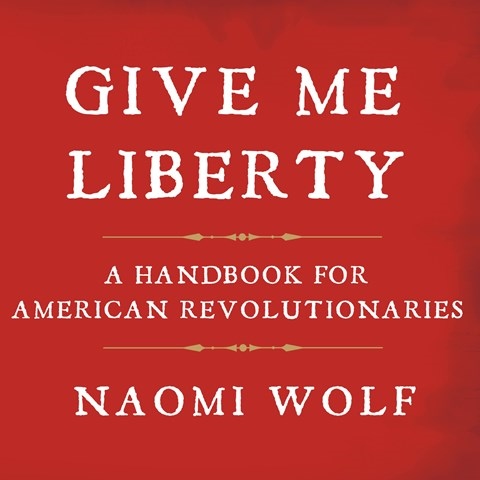 GIVE ME LIBERTY A Handbook for American Revolutionaries

Moved by the erosion of personal liberty in the United States, Naomi Wolf looks to history (both recent and less recent) for examples of people who have been willing to risk their lives for liberation. Being American is a state of mind, she says; therefore, fighting for fundamental values has no national boundaries. Karen White makes the perfect choice in her narration, choosing to be conversational rather than authoritative, a tone that would make this audiobook accessible only to listeners who agree with Wolf at the outset. As it is, Wolf's points about personal ownership of the Constitution and her specific suggestions for Americans to do more than electronically rant, which are followed up with examples of people doing these kinds of things, generate considerable thought. S.D.D. © AudioFile 2009, Portland, Maine [Published: APRIL 2009]