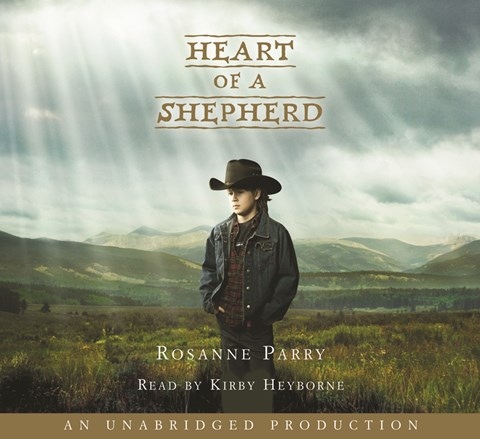 HEART OF A SHEPHERD

Ignatius, called Brother, promises to take care of his family’s Oregon ranch with his aged grandparents while his father is deployed to Iraq for 14 months. Kirby Heyborne strongly relays Brother’s growing awareness that he’s a boy trying to do a man’s job. Throughout the long year, no matter what he is doing, from raising orphaned lambs to surviving a prairie fire, Brother misses his father and prays for his safe return. Heyborne narrates primarily in Brother’s youthful voice but also gives other characters distinctive voices—from the deep voice of Brother’s Quaker grandfather to the lilting Irish brogue of his loving grandmother. Brother’s day-to-day life on the ranch and his deep connection to the Catholic Church are recounted in this coming-of-age story, which is made immediately accessible with Heyborne’s slow and evenly paced narration. L.A.C. © AudioFile 2009, Portland, Maine [Published: APRIL 2009]