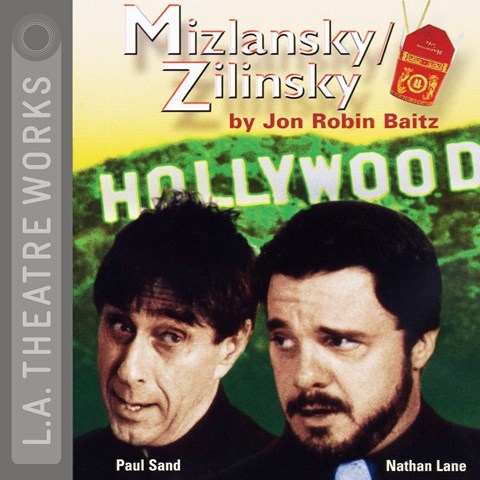 This Hollywood comic play was inspired by Mel Brooks’s THE PRODUCERS and taped with an outstanding cast in front of a live audience. To avoid the IRS, a movie producer/con man turns to recording salacious Bible stories for children on audiocassette. The hilariously over-the-top Nathan Lane stars. The script is so filled with inside jokes that even the studio audience responds only to a portion. Nonetheless, for those who are a) not in the biz, b) not resident in Los Angeles, and c) not Jewish--there are still plenty of laughs. Y.R. © AudioFile 2000, Portland, Maine [Published: APR/MAY 00]