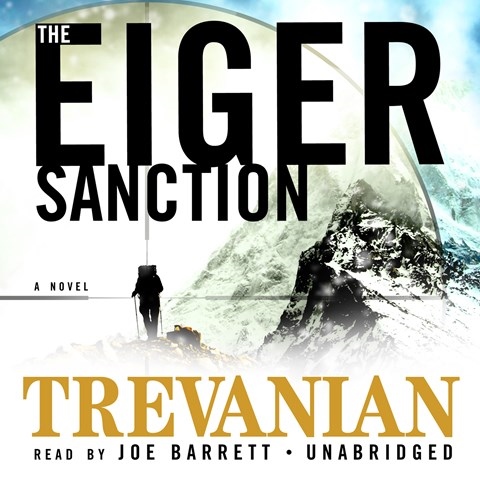 by Trevanian | Read by Joe Barrett

An Eiger expedition is always dangerous, but it's even more so when Dr. Jonathan Hemlock, an art professor and master climber, is moonlighting as a spy agency's assassin. Further, he doesn’t even know whom he's supposed to "sanction." Joe Barrett's gruff voice creates tension and a noir atmosphere. He also nails the sly sense of humor that permeates the novel, from the opening incident, which claims a spy's life in Montreal, to the irony that follows Hemlock through his adventure in the Alps. Trevanian's cynical take on the secret agent myth is worth checking out, even decades later, and Barrett's interpretation makes the amoral Hemlock a character to remember. J.A.S. © AudioFile 2009, Portland, Maine [Published: MAY 2009]