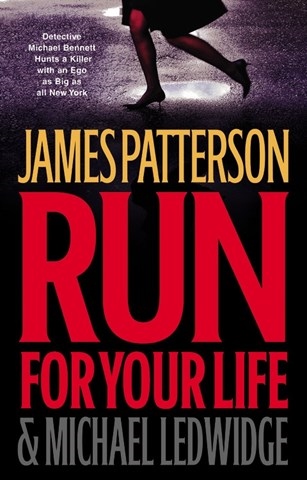 RUN FOR YOUR LIFE

Dual narrators Bobby Cannavale and Dallas Roberts perform a thriller about a calculating serial killer who sees himself as a teacher—“whose class is about to begin." The socially elite of New York City are his students, and he's determined to teach them a lesson. Detective Mike Bennett, recently widowed, is depicted as a hard-driving man who is able to balance pressure from his commissioner, the mayor, and the media with overseeing 10 adopted children. The dual narration powerfully captures terrified citizens, an Irish nanny with a sweet accent, and a publisher who wonders if she will survive. Traffic noises, rapid-fire gunshots, and the screams of the dying sound authentic. The dual narration adds a rich dimension, deftly crafting the various personalities of the characters and the story’s rising tension. G.D.W. © AudioFile 2009, Portland, Maine [Published: APRIL 2009]