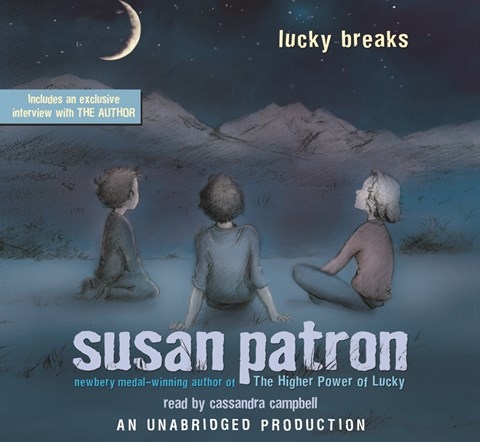 This sequel to the Newbery Award-winning HIGHER POWER OF LUCKY (and the second of a trilogy) is utterly delightful. The endearingly eccentric residents of Hard Pan (population, 43) join to celebrate Lucky's eleventh birthday. Narrator Cassandra Campbell puts life and charm into Lucky's mom, Brigitte, a French woman who wants to become entirely American. Campbell also perfectly renders all of the emotions and drama of three very opposite kids. Not only does Lucky grow up, but EVERYONE changes and matures in this standout title, which is both old-fashioned and modern. The final treat is an author interview, in which Patron admits that the librarian in her always alludes to other books in her own works. S.G.B. Winner of AudioFile Earphones Award © AudioFile 2009, Portland, Maine [Published: MAY 2009]