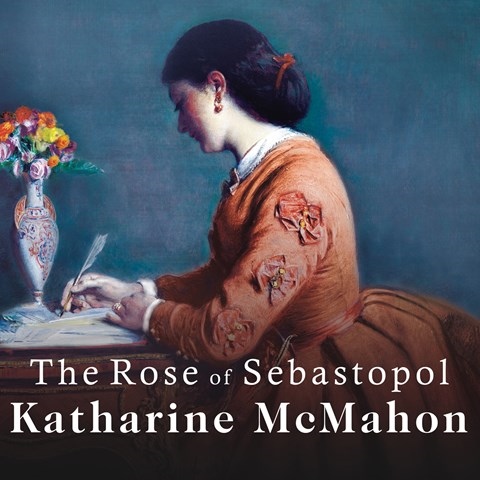 THE ROSE OF SEBASTOPOL

In 1854, Mariella Linwood's simple London life of sewing and letter writing turns upside down when her cousin, Rosa Barr, a battlefield nurse, disappears during the Crimean War. Mariella travels to the Crimea and the city of Sebastopol in search of Rosa. Surrounded by war, sickness, and heartbreak, Mariella discovers love and resilience in this poignant journey of self-discovery. Josephine Bailey is the consummate narrator, with her lovely British accent, talent for diverse accents, and seemingly effortless ability to segue between male and female voices. She’s as adept at giving Mariella the innocent voice of a naïve child as she is at making a soldier sound like a battle-weary old soul. Bailey's remarkable ability to lift characters off the pages and deliver flawless narrative makes her performance sheer joy. A.R.H. Winner of AudioFile Earphones Award © AudioFile 2009, Portland, Maine [Published: JULY 2009]