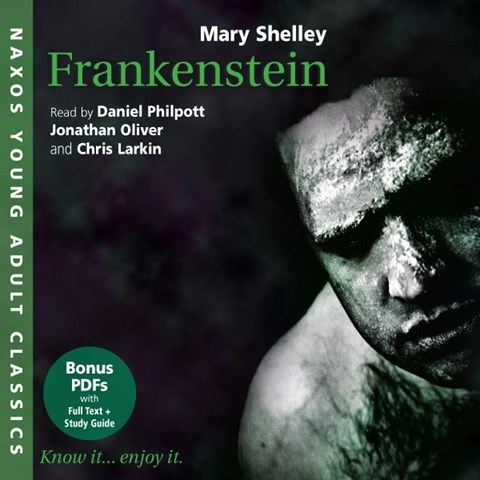 Of all the various media in which this story has been told over the years—book, stage, and film among them—few seem as suited for as wide an audience as this production. While this tale of the mad doctor's most awful creation may not sit well with the littlest children, it carries enough scare factor to entertain tweens and adults alike. The narration of Daniel Philpott, Jonathan Oliver, and Chris Larkin carries the suspense to great heights. The atmosphere of dread present in the words is amplified by the crisp, almost-anticipatory way in which the story is carried forward. While an abridged version, there is still plenty of good listening here. M.T. © AudioFile 2009, Portland, Maine [Published: APRIL 2009]