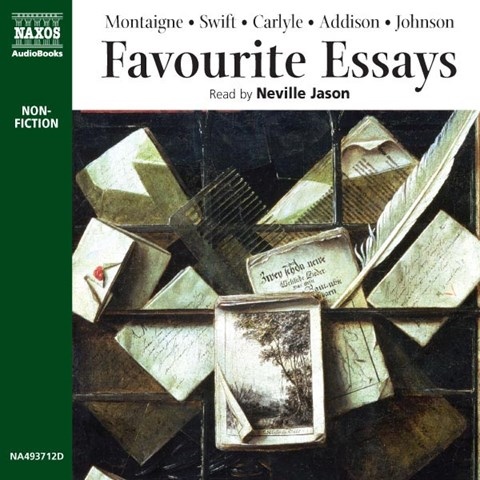 The point of this book is to highlight the essay form as a relatively short, concise piece that tightly argues an idea. Many of the works included are funny, and some are downright shocking, but they’re all fascinating. Neville Jason has selected his favorites and delivers them in what could be called the quintessential British reading voice. It’s deep, precise, mellifluous, authoritative, and distinctive. His phrasing and diction are superb, and he pronounces every word with nary a swallowed consonant. Jason also knows how to present these classics so they ring true to the modern ear, which is not easy considering that most people have not extensively read these authors. Perhaps after hearing Jason’s performance, they will. R.I.G. © AudioFile 2010, Portland, Maine [Published: NOVEMBER 2010]