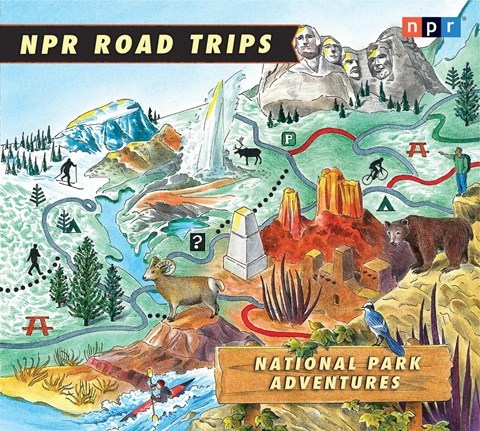 Hazards, wonders, and famed and lesser-known legends fascinate in this compilation of interviews and narrated descriptions of the country’s most treasured and most obscure national parks. NATIONAL PARK ADVENTURES is an audiobook for the short journey, featuring intriguing historical and nature facts and true stories in 2-3 minute vignettes. On location at the sites, the real-life characters, some of whom are park rangers, speak with enthusiasm and unique knowledge. A variety of voices treats the listener to such marvels as the ghost of White Sands National Monument, the road kill expert at Yosemite, the park ranger hired to preserve the national parks' unique fauna sounds, the Grand Canyon donkey wrangler, the race to the top of El Capitan in Yosemite, and the canine hired to nose out venomous snakes in the Everglades. This colorful collection never ceases to amaze and inspire. A.W. © AudioFile 2009, Portland, Maine [Published: SEPTEMBER 2009]