Home»Reviews»THE ENTERTAINER AND THE DYBBUK 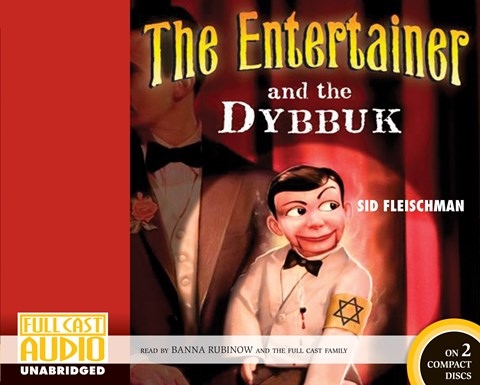 THE ENTERTAINER AND THE DYBBUK

The Great Freddie, a soldier who has survived WWII, is traveling in Europe as a not-so-talented ventriloquist when a dybbuk named Avrom—who is "not quite 13 but older than God"—takes possession of him. As a human, Avrom saved Freddie's life right before he himself was murdered by the "Nazi Jew child-killer." Now Avrom has come back to take care of unfinished business. He is seeking justice for all the unnamed lost children of the war. Banna Rubinow, as the story’s narrator, speaks with authority and feeling. Alexander Harvey and Joshua Gutmaker are especially worthy of note as The Great Freddie and the dybbuk. Harvey communicates the confusion of a young American flyer who finds himself possessed by an avenging ghost. Gutmaker ably conveys Avrom’s idealistic belief in the justice of retribution. N.E.M. Winner of AudioFile Earphones Award © AudioFile 2009, Portland, Maine [Published: OCTOBER 2009]