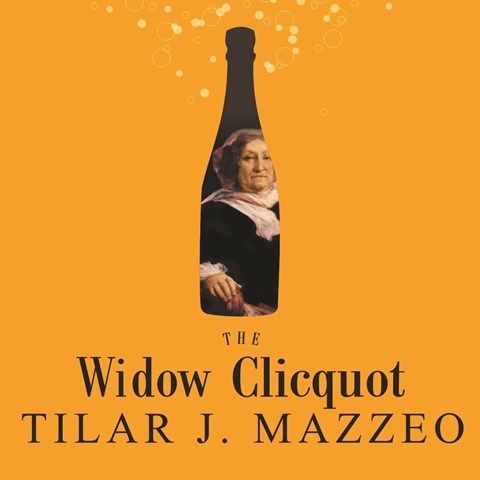 Biographer Mazzeo chronicles Barbe-Nicole Clicquot Ponsardin's unprecedented rise from bourgeois widow to head of one of the most famous champagne houses in France, all amid the Napoleonic Wars and the subsequent political turmoil, to say nothing of a business climate unwelcoming to female entrepreneurs. Reader Susan Ericksen's warm, precise voice injects a welcome human note into the narrative, partially compensating for Mazzeo's admitted inability to imagine Clicquot's interior world, because of the lack of surviving personal documents. The widow's story and its historical context are fascinating, if occasionally a bit dry. But Mazzeo's penchant for repeating certain facts and observations becomes particularly irritating in the audio format. A.B.G. © AudioFile 2009, Portland, Maine [Published: SEPTEMBER 2009]