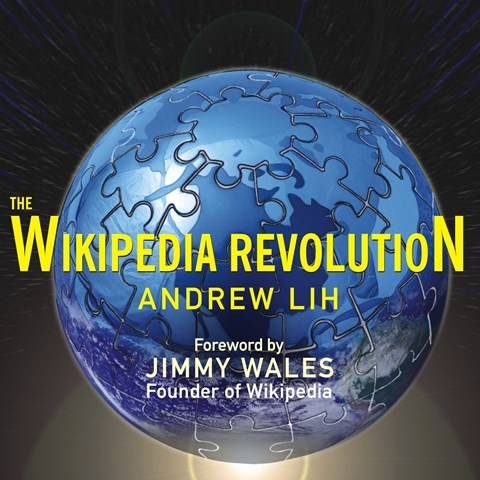 An anonymous cluster of volunteers, Wikipedia is an amorphous entity without any type of command structure. There may be guidelines, but there’s no verifiable way to uphold them—hence, the controversy surrounding the phenomenon. Exploring Wikipedia's origins, Lih defends the egalitarian spirit of the site, and Lloyd James's reading is an upbeat affirmation of the author's heartfelt belief in the medium. James hardly ever falters in his prairie-pure tone and diction. Although it may seem that his performance lacks range, it's probably due to the nature of the subject matter—most of the narrative's main characters, despite their undoubted brilliance, just don't possess the kind of personalities that warrant a greater degree of artistic license from a narrator. This is geek-speak, pure and simple, and James's even-toned voice suits it perfectly. J.S.H. © AudioFile 2009, Portland, Maine [Published: JUNE 2009]