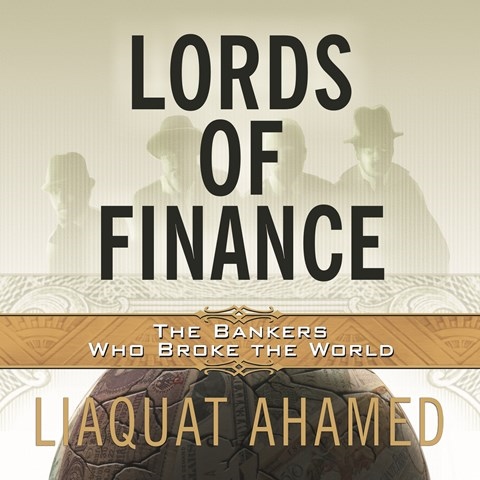 LORDS OF FINANCE The Bankers Who Broke the World

Even those who aren't generally interested in economics will enjoy this historical look at wealth and power in the early twentieth century. Four magnates, each with the power of his country's federal reserve, controlled the world's finances. Their dealings in regulating the cost of currency among their respective countries became influential in causing the Great Depression. Stephen Hoye hones in on the author's brutal use of satire in attacking the four lords' ascendancy. Since the story deals with England, France, Germany, and the United States, Hoye's multilingual talents add depth to the characters and their milieus, adding an extra reason to enjoy his performance. Brimming with subtle humor and abundant detail, this audiobook is smartly enhanced by the narrator’s skill and will be enjoyed by connoisseurs of both history and economics. J.A.H. © AudioFile 2009, Portland, Maine [Published: JUNE 2009]