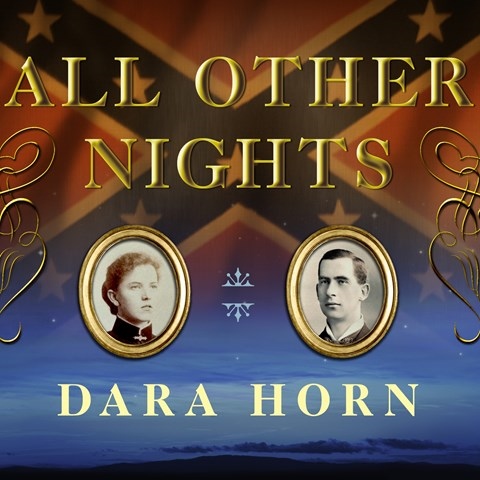 Without any need for sound effects or other audio enhancements, William Dufris’s narration of this Civil War novel skillfully re-creates the era. He adeptly renders both Northern and Southern accents. With only the inflections of his voice, Dufris makes real the cacophony of battle, the sounds of a slave auction, and the refined tones of a Southern drawing room. Historic figures like Judah Benjamin are authentically, if unsympathetically, presented. Author Dara Horn artfully depicts the milieu—the story takes place mostly in New Orleans and Richmond, Virginia—and mayhem of war-torn America. Espionage, murder, even marriage under false pretenses highlight this fast-paced audiobook. A.D.M. © AudioFile 2009, Portland, Maine [Published: AUGUST 2009]