Home»Reviews»THE FOOD OF A YOUNGER LAND 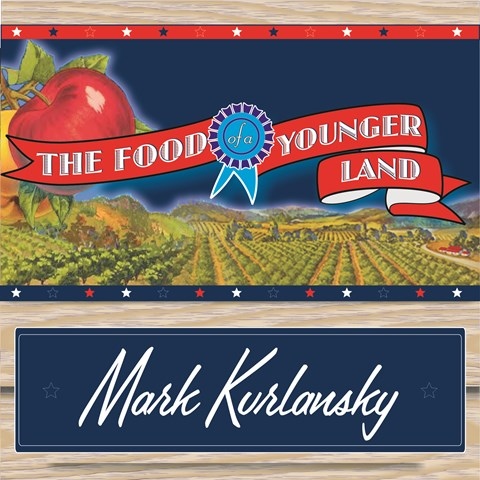 Prepare yourself to learn that mountain oysters aren't seafood and that nobody likes lutefisk the first time they try it. This audio documentary about the American cuisine enjoyed during the Great Depression comes from the author's research into manuscripts written under Roosevelt's WPA, the Works Project Administration. Narrator Stephen Hoye reads hundreds of recipes, making them more palatable with his nuanced pronunciation of ingredients and lively renditions of cooks describing their preparation of traditional meals. He imitates the African-American speech of the Old South so well that he must occasionally translate his own words into contemporary English. There’s no traditional story, just colors, smells, and flavors transmitted through audio. Listeners can be assured they’ll be hungry during most of the delicious feasts described. J.A.H. © AudioFile 2009, Portland, Maine [Published: JUNE 2009]